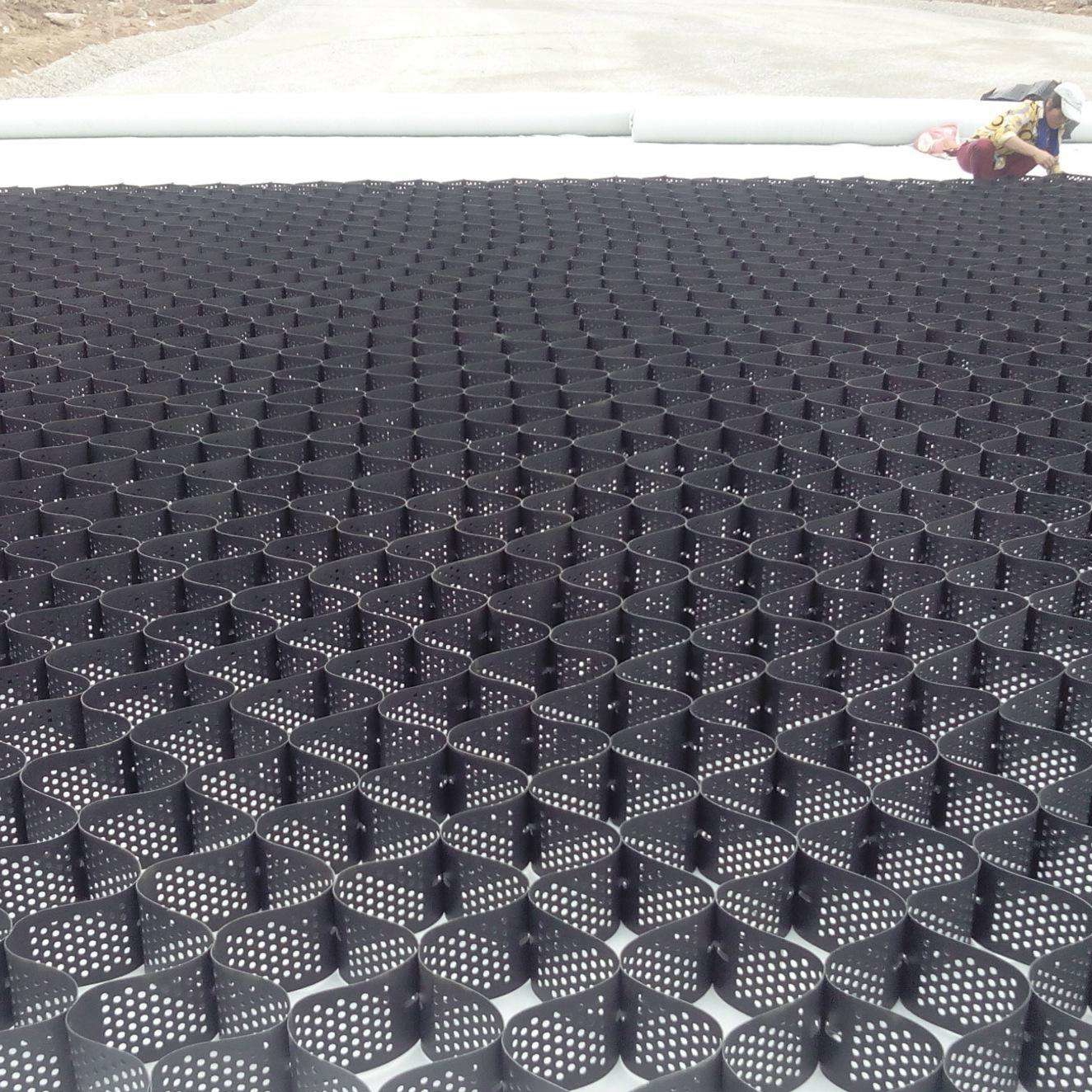 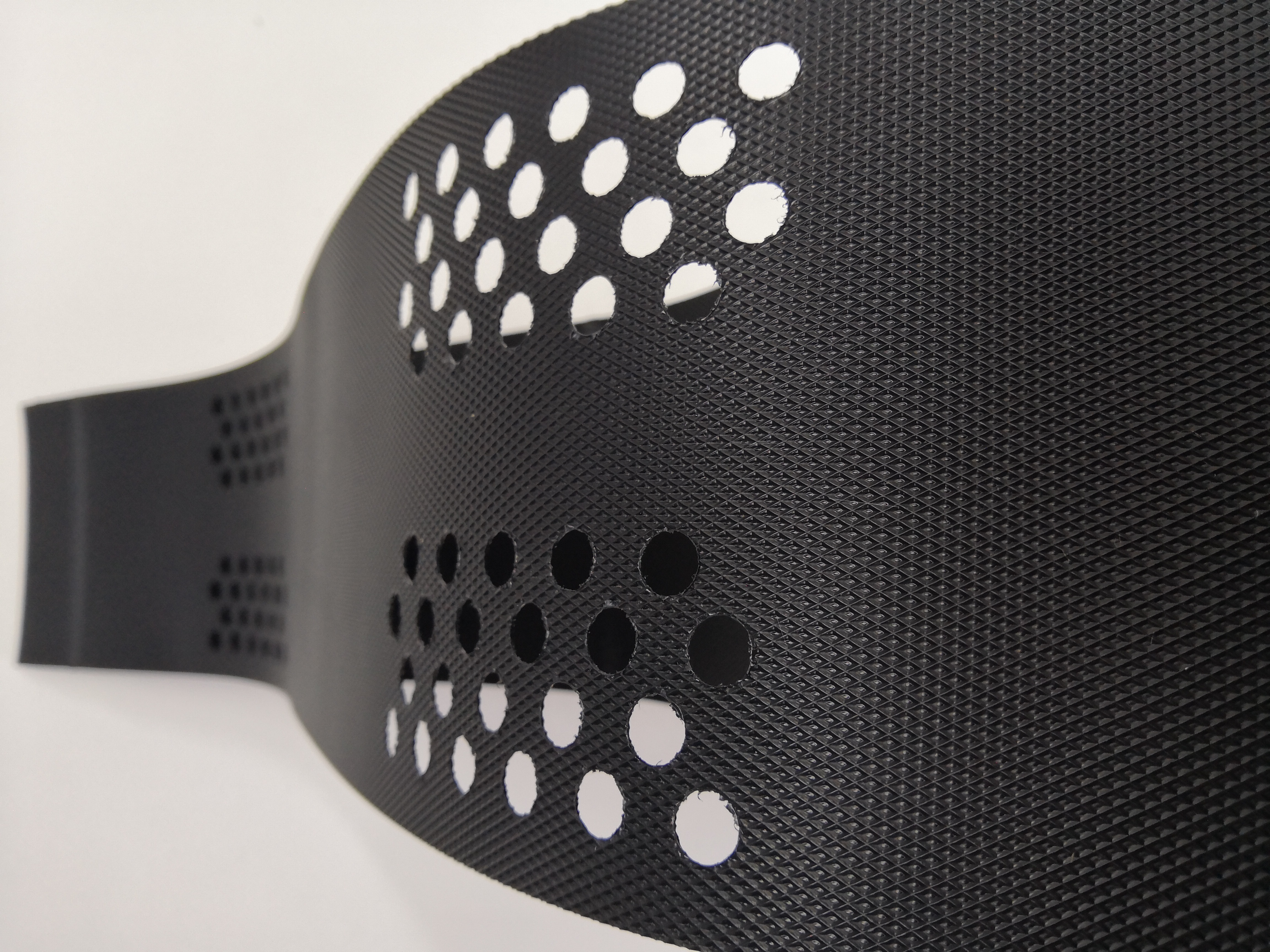 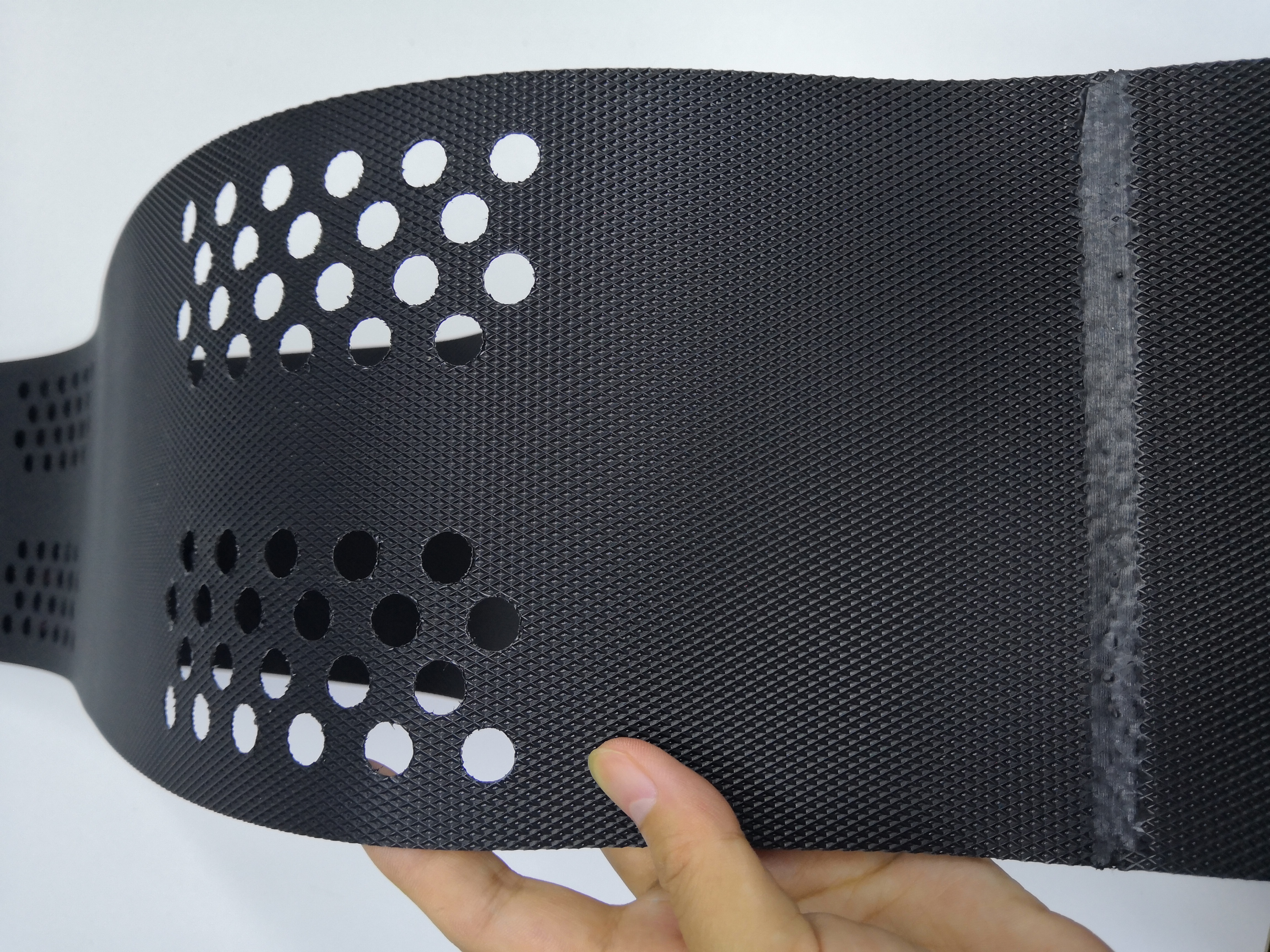 Geocell is a three-dimensional mesh cell structure formed by reinforced HDPE sheet material through high-strength welding. It is generally formed by ultrasonic needle welding. Due to engineering needs, some holes are punched in the diaphragm.

Technicical-mechanical property of the product:

1. It can be expanded and contracted freely, and can be folded during transportation. It can be stretched into a net during construction and filled with loose materials such as soil, gravel and concrete to form a structure with strong lateral restriction and large rigidity.

3. High lateral restriction and anti-slip, anti-deformation, effectively enhancing the bearing capacity of the roadbed and dispersing the load.

5. Flexible expansion, small transportation volume, convenient connection and fast construction speed. That is to say, once the load acts on the subgrade, an active zone with a taper shape will be formed under the load, which will be squeezed through the transition zone, thereby causing the passive zone to bulge. In other words, the bearing capacity of the foundation is determined by the shear force along the slip line and the force in the active, transitional and passive regions of movement. Not only can you clearly experience the true process of the above principles on the sand base, but you will also find this kind of model on the soft road, but the rate of its formation is slower than the change on the sand. Even better roadbed materials still cannot avoid its lateral movement. The roadbed of general highways is several meters above the ground. It is not easy to absorb water and muddy, but long-term settlement still exists. Investigating the reasons, rainwater penetration, material loss, and base sinking are some of the reasons. Under the action of long-term rolling and vibration of the wheel load, the lateral displacement of materials to both sides of the subgrade section is undeniably another very important reason. . Take highways at all levels in our province as an example, there is an "S"-shaped groove belt on the main carriageway of the road that can be clearly felt. Some expressways are no exception. The bumps of a car driving on the roadway are obviously stronger than the feeling of driving on an overtaking belt, especially at the road-bridge junction (commonly known as "bridge head jumping"). This trench roadbed settlement is typical of the lateral slippage of roadbed materials.

The main purpose of the geocell:

2. It is used for the treatment of dikes and shallow rivers that bear the load.